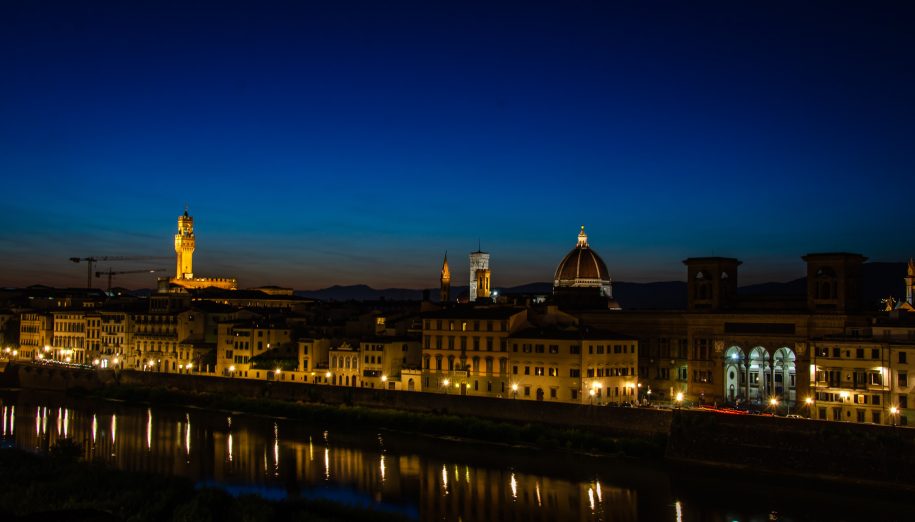 Although Halloween isn’t an Italian tradition, that doesn’t mean we don’t have our fair share of spooky legends – and plenty of superstitions in tow!

Rich in history, Tuscany has many mysterious stories and legends to offer to ghost-hunters.

As one of the oldest settlements in the region, Florence has many stories to tell, including the two of Baldaccio and Ginevra.

Baldaccio d’Anghiari, born around 1400, was defined by writer Niccolò Machiavelli as “a great man of war” and it is remembered not because of his historical importance, but also because his spirit is said to haunt Florence’s Palazzo Vecchio. In September 1441, Baldaccio was stabbed to death on behalf of the gonfalonier of justice, Bartolomeo Orlandini, who wanted revenge. Baldaccio had in fact previously accused Orlandini of being a corrupt man. Baldaccio was, therefore, the victim of the conspiracy organized by Orlandini who, in a further act of sadism, ordered the corpse to be thrown out of the window and finally beheaded in the piazza della Signoria. Since then, Baldaccio’s ghost continues to move around in the Palazzo Vecchio’s rooms, waiting for justice.

Ginevra degli Amieri was a beautiful and rich girl from Florence, who lived around 1300. Despite the love she felt for Antonio Rondinelli, Ginevra was forced to marry Francesco Agolanti, in a strategic marriage that would unite two of the most powerful families in the city. The girl, however, became a victim of the plague epidemic and was declared dead, then her corpse exposed after the funeral at the Santa Maria del Fiore church. Legend has it that this was a rare case of apparent death. Ginevra, in fact, woke up and, wearing the veils that had been set for the function, went out of the church to return to the legitimate groom. But as soon as he saw her, he sent her away, frightened she was a ghost. The same happened when she appeared in front of her father’s house, where the parents had the same reaction. The girl then decided to go to her old lover who instead welcomed her with open arms, helping her to get back in health. Subsequently, the ecclesiastical authorities established that Ginevra’s death was a miracle and that the husband’s refusal had annulled the marriage. The woman then married her beloved Rondinelli. Via del Campanile, where it is said that Ginevra walked that night, still exists and can be seen in Florence today.

For a personalized itinerary that includes these sites, you can book our private tour of Florence with a licensed guide for the entire day.

Another woman, Matelda, is the protagonist of the legend of the Castello dei Conti Guidi. Located in Poppi, less than a 2 hr drive from both Florence and Cortona, this beautiful castle can still be visited today and it is an incredible example of medieval architecture. And it was during the middle ages (the 1200s) that the story takes place. Forced to marry an elderly man from the Guidi family, Matelda sought to satisfy her lust praying on young and vigorous men. From her tower, she observed the life outside the castle and selected her lovers. A noblewoman, she couldn’t afford for her reputation to be sullied. So she devised a horrible trick to avoid being discovered. Her lovers were let out through a secret passage, which was nothing more than a deadly trapdoor. The poor men fell into a hole without leaving traces thus disappearing forever. Exasperated by so many disappearances, the people of Poppi took advantage of the absence of Count Guido and assaulted the castle, locking Matelda in the tower, renamed from that moment “the Devil’s tower”. To this date, it is said that her ghost wanders around the ramparts of the castle, perhaps still looking for young men to spend even more nights of insatiable passion with.

Speaking of the devil (pun intended), one cannot mention the Devil’s Bridge, a wonderfully daring construction on the Serchio River, near Borgo a Mozzano. In addition to being stunning, the bridge has attracted many visitors because of the legend related to its construction. It is said that in the 11th century, the builder, unable to raise the arch of the bridge, invoked the devil’s help. The devil granted his help, in return for the first soul that had crossed the bridge. When the bridge was finished, the astute builder let a pig, not a human, cross the bridge, thus fooling the Devil.

Not far from Borgo a Mozzano, the Lunigiana area is also called “the land of 100 castles”. Amongst all of them, the most fascinating is probably that of Fosdinovo, near Sarzana. The Malaspina family erected it in the 12th century. Today, the castle is still owned by the Torrigiani Malaspina family and boasts an illustrious past since it also hosted Dante in exile.  The frescoes, the 17th-century collection of apothecary ceramic, the noblemen bedrooms and the striking footpaths from which the Ligurian Sea can be seen, are all reasons to visit this castle, but perhaps it is the moving story of Bianca that attracts so many visitors. Legend tells of the unhappy Bianca Maria Aloisia, punished by her parents for loving a humble stable boy. She was buried alive and since then, it is said that her specter roams the castle’s rooms at night. If you’re brave enough, you can spend the night at the castle and see for yourself.