From the heart of Italy: the sweet fava beans 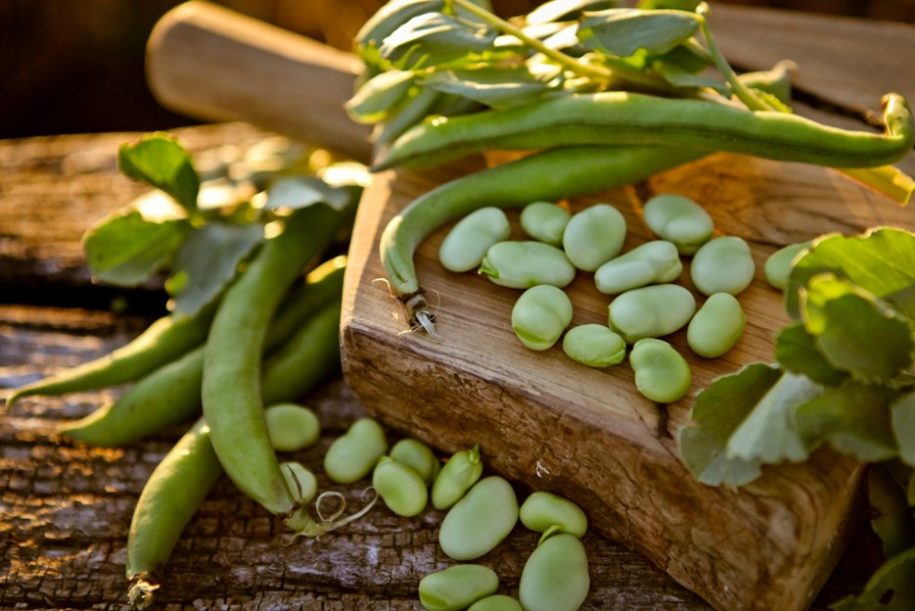 Tender, with a sweet, mild grassy flavor reflective of spring, fava beans (or broad beans) are a delicacy available from May to June only. It’s a staple of picnics and meals during that period, especially in Tuscany where it’s so popular it’s gotten a different name in Tuscan dialect (‘baccello’).

The Faba Vulgaris has been cultivated in Europe since ancient times for both human and animal consumption and its history is a mixture of rituals and prejudices.
Aristophanes considered it the favorite food of Hercules, known for his labors, but also for being a great lover.
According to Pythagoras and his followers, the beans were the door of Hades, as the black spot of their white flowers represented the letter “Theta”, the initial of the Greek word Thanatos (death).

However, the Romans took a more positive view of fava beans and during the festivals dedicated to the goddess Flora, protector of nature, cascades of broad beans were thrown into the crowd.
There are several recipes offered by Apicius with these vegetables, which in the Middle Ages became even more appreciated.
With the Renaissance, the aphrodisiac qualities of this legume had prestigious citations.
Machiavelli highlighted the corroborating virtues of broad beans in his comedy Clizia, based on the love of old Nicomachus for a young slave, making the seventy-year-old choose a particular menu before their meeting: “… I will eat a few things but all wholesome, first a salad of cooked onions; then a mixture of beans and spices … “.

One vegetable, many ways to enjoy

The fresh fava bean is the lightest and most digestible legume besides the string bean. When buying fava beans you must make sure that the pod is turgid, bright and without stains and cracks. To verify the freshness try to break a pod in two, the sound must be equal to a snap. They can be eaten raw or cooked, dried or frozen, but first, you need to shuck the beans from their giant pods. Moreover, before putting them in the freezer, blanch them for about three minutes and let them cool.

However, in Tuscany and in Rome there’s one only to enjoy fava beans and that’s raw with some excellent cheese. There are two options when it comes to cheese, ‘baccellone’ a fresh, soft cheese or pecorino cheese. ‘Baccellone’ (or ‘primo sale’) is traditional to Tuscany and it’s made with cow’s milk and an addition of sheep’s milk.

In both cases, go for a Castelli Romani white wine or an Orvieto DOC from Umbria.