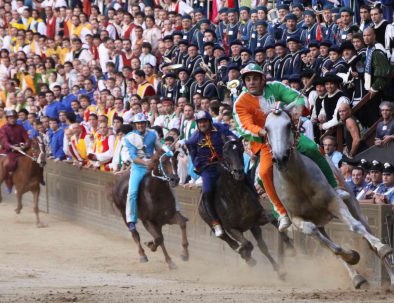 When? 2nd July and 16th August

This annual event sees Siena’s town districts compete in an exciting horse race. Held twice a year on July 2 and August 16, the Palio attracts thousands of tourists from around the world and it’s one of the most unique and spectacular historical events in Italy

The Palio has taken place without interruptions for more than 100 years and it’s so incredibly popular, that it’s also televised.